I recently read a volume of poetry by Ursula K. Le Guin, called Late In The Day, which included a couple of essays as an afterword. One was on verse form, the other, an extract from the acceptance speech she gave to the National Book Foundation for Distinguished Contribution to American Letters.

The whole speech is here, with a video. She has wise words to say about the current state of publishing; this resonated with me:

I think hard times are coming when we will be wanting the voices of writers who can see alternatives to how we live now and can see through our fear-stricken society and its obsessive technologies to other ways of being, and even imagine some real grounds for hope. We will need writers who can remember freedom. Poets, visionaries, the realists of a larger reality.

Right now, I think we need writers who know the difference between the production of a market commodity and the practice of an art. Developing written material to suit sales strategies in order to maximize corporate profit and advertising revenue is not quite the same thing as responsible book publishing or authorship….

Yet I see sales departments given control over editorial. I see my own publishers in a silly panic of ignorance and greed, charging public libraries for an ebook six or seven times more than they charge customers. We just saw a profiteer try to punish a publisher for disobedience and writers threatened by corporate fatwa, and I see a lot of us—the producers who write the books, and make the books—accepting this. Letting commodity profiteers sell us like deodorant, and tell us what to publish and what to write.…

Books, you know, they’re not just commodities. The profit motive often is in conflict with the aims of art. We live in capitalism. Its power seems inescapable. So did the divine right of kings. Any human power can be resisted and changed by human beings. Resistance and change often begin in art, and very often in our art—the art of words.

I’ve had my own experience of my self-published books being treated like ‘deodorant’, for I uploaded 44 titles to Amazon three years ago. I priced them attractively, but all the same, after about 18 months Amazon contacted me to suggest that I allow them to bundle various of my short stories and poetry collections with nine other writers’ work—as if my creativity could be shrinkwrapped like a multi-pack of lightbulbs, toothpaste or deodorant.

This would have given me a profit of 10 cents for each sale, instead of the original $1.99 I’d priced a 6,000-word short story at. No skin off Amazon’s nose, as they make their profit whatever happens, and it’s certainly a tempting purchase for a customer, but it put me in the bargain basement, priced at less than what a charity/thrift store asks for a second-hand book.

The commercial imperative tramples a writer’s message underfoot. It even affects the book cover design, for I’ve read several crime thrillers this year where the illustration on the jacket misrepresented what happened in the story. Sure, it looked alluring or sinisterly malevolent, with a rugged hero, but it was plain that the artist hadn’t read the book, or if they had they were instructed by marketing to sex things up! In this way, books are becoming like the packaging on processed microwave meals.

It’s one of the toughest lessons to comprehend as a writer, that essentially we’re creating a product that needs to be sold to the public. The art and craft of what we do becomes irrelevant if our book doesn’t sell.

How much of a head for business do you have? In India, they’re selling books by the pound—don’t think that it can’t happen where you live…. 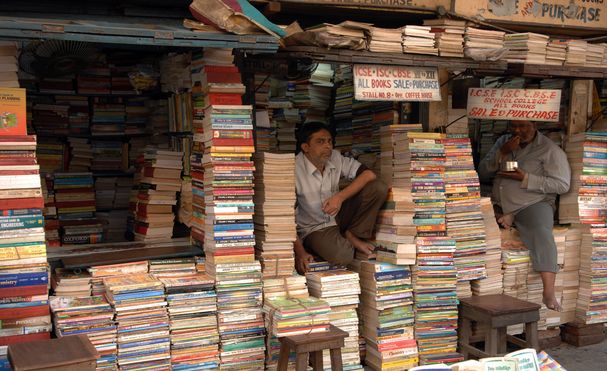