Over the last few years, the world has gone mad for baking cakes, with such television series as The Great British Bake Off. One day, sociologists and psychiatrists will study this phenomenon, as proof of how the population needed comfort eating to get through troubled times.

I even bought myself cake last week…eight incredibly small French Fancies by Mr Kipling. Eating them, I pondered my WIP Plantation, in which an American Civil War veteran is helping his sister rebuild her plantation ravaged by General Sherman’s infamous March to the Sea.

Before leaving to shop in the nearest town, she bakes sourdough bread in a Dutch Oven, for them to have for breakfast. Sourdough bread has become trendy in the lockdown.

While in Marietta, my MC buys a large catfish to cook for a communal meal involving the freed slaves, who are now share-cropping land on the plantation. He has his eye on a beautiful freewoman and wants to meet her. Then, I thought why not give them cake for dessert? Also cooked in the Dutch oven. They could have apple dump cake. 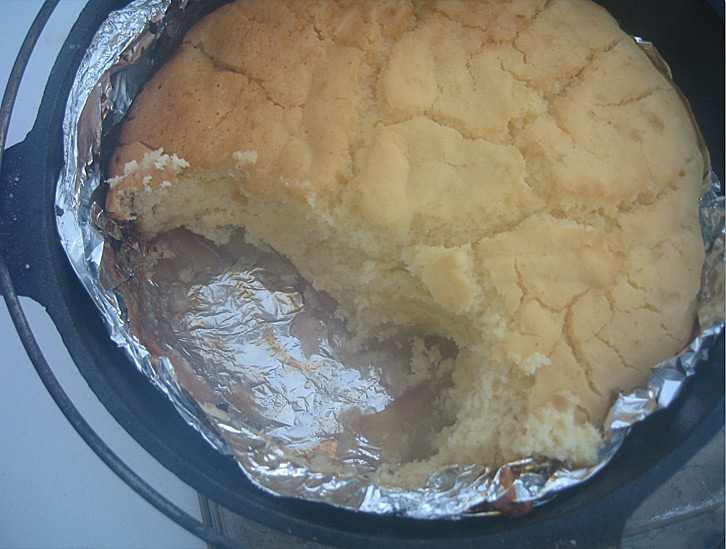 When I started writing this series, which has been violent, I didn’t anticipate that I’d be searching for recipes for cakes. Even though my tale is geographically an ‘Eastern’, I can’t recall any Westerns I’ve read which feature cakes!

It set me to thinking about other writing genres. Cakes might well appear in highfalutin Literature—W. Somerset Maugham’s Cakes and Ale—Miss Havisham’s preserved wedding cake in Great Expectations. 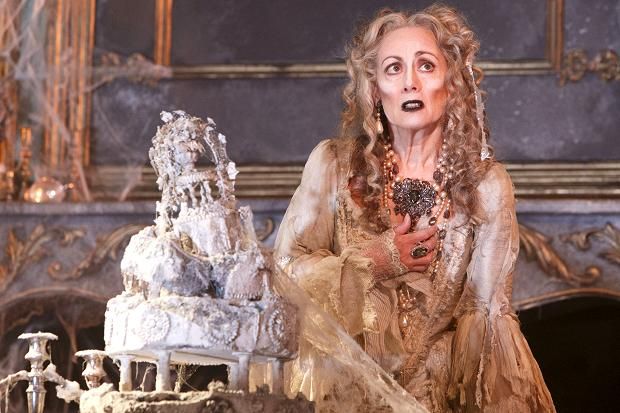 The Queen of Heart’s jam tarts in Alice’s Adventures in Wonderland, Marcel Proust’s madeline from In Search of Lost Time, and what about the extra cakes that Bilbo Baggins has to raid his pantries for in The Hobbit when a group of dwarves visit him unexpectedly?

I can’t imagine cakes appearing in Speculative Fiction—what, a speculative cake—made of what? Nor in Science Fiction and Fantasy, though there is Mooncake.

Dystopia wouldn’t have room for such fripperies as cakes. Horror stories are short on cream cakes! Erotica and Romance would use cream cakes…even if they weren’t for eating.

Historical fiction might well include baking as part of domestic scenes, but Adventure and Thriller yarns avoid such niceness. Mysteries and Detective stories tend not to include cakes, although Cosy Mysteries are full of crumbs!

Cakes are popular in Children’s literature

I might be onto something…cake as a lynchpin of writing genre.

Do you include cakes in your stories?