I’m currently reading The Book Thief which was turned into a film to mixed reviews.

I haven’t seen the film yet, but it set me to wondering which books have been well-adapted. We looked at Who Stars in the Film of your Novel? a while ago, but which dramatised versions of books do you like and loath?

I admire what Peter Jackson did with the Lord Of The Rings and The Hobbit, making them accessible to a modern audience.

Films that I’ll forever avoid watching include the travesty of The Golden Compass, which eviscerated the religious theme from Philip Pullman’s first story in His Dark Materials trilogy. It did poorly at the box office, meaning plans to adapt the next two books were scrapped. Thankfully, the BBC adapted the trilogy and have stayed loyal to the books.

I won’t ever watch Tom Cruise as Jack Reacher, which is a ludicrous example of miscasting. Lee Child’s hero is 6′ 4″ tall and ruggedly built. Tom Cruise is undoubtedly fit, but he’s a claimed 5′ 8″.

Deliverance was written by James Dickey, who had a bit part in the film. Jeremiah Johnson was based on a true character described in Robert Bunker’s book Crow Killer: The Saga of Liver-Eating Johnson and Vardis Fisher’s Mountain Man. The liver-eating part wasn’t included in the film but it’s what Jeremiah Johnson did to his slain Crow enemies. Robert Redford and director Sidney Pollack have both said that it’s one of their favourite films.

Do you have a cherished adaptation…or did your favourite story get butchered by Hollywood or Netflix?

Which book or book series cries out to be adapted?

Are there any books you think are unfilmable? They said that about The Lord Of The Rings. 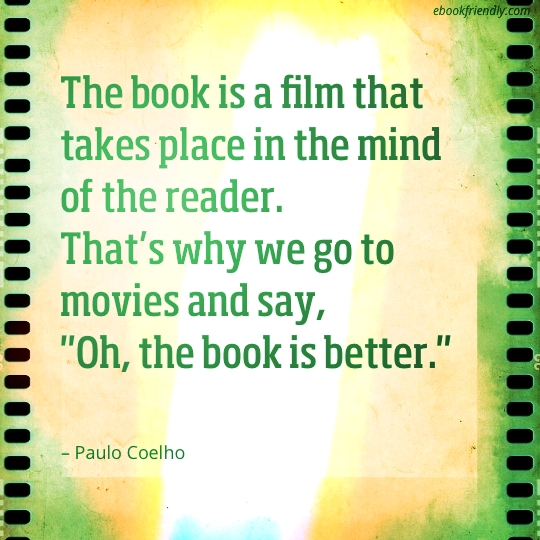