It’s very easy for mistakes to slip through the editing process, even with respectable publishers and famous authors, as detailed in this article on editing, about Jonathan Franzen’s novels.

In the recession, with staff cutbacks at publishers, I’ve noticed a decline in editing standards. Last year, I read a crime thriller, which was universally praised when published in 2001, and in the opening pages saw a glaring error, where, in the space of three paragraphs, a town was twice described with the phrase “which was fifty kilometres away.”

In editing my own novels, I always do a daily read through, noticing obvious errors of repetition, spelling and punctuation. Despite doing tons of research before I begin writing, making copious notes in a separate document, there are always facts that need checking, which I indicate by typing FACT CHECK in the text. I tackle these as the mood takes me.

Over the last five years, I’ve experimented with different ways of editing.

When I wrote my first novel, I made the beginner’s mistake of not paying attention to the recommended word count for debut authors. In my chosen writing genre of Crime, I produced 179,000 words, almost double the suggested 80,000 limit. I will say, in my defence, that I was reading Donna Tartt’s The Secret History when I started writing The Perfect Murderer so I might have been inspired misled by its 193,000-word length.

* Approach 1: Do the vast majority of editing after typing The End

Editing The Perfect Murderer took 5 solid months of 12 hour days. I didn’t feel like a writer anymore, more like a quality control technician.

~ Doing multiple deep cleanses of a kitchen, after cooking up my story using the freshest of ingredients. Even though the kitchen looked perfectly clean and gleaming, I went in, again and again, to search for errors in my manuscript.

~ Crawling through a stinking swamp in the fog, looking for poisonous frogs.

~ Scraping barnacles off a battleship hull with a nail-file.

Editing this way soon transforms one’s hard-crafted story into an intractable object that you start to hate the sight of:

“Ultimately, literature is nothing but carpentry…Both are very hard work. Writing something is almost as hard as making a table. With both you are working with reality, a material just as hard as wood. Both are full of tricks and techniques. Basically very little magic and a lot of hard work are involved.”

Never again would I edit a book in this way!

* Approach 2: Do it in 4-5 chapter chunks. This is much less daunting and more manageable, making me feel like I was saving time on the final edit.

But, it also left me with a peculiar view of how my story was evolving, as if the chunks were children’s building blocks resting against one another, and was I going in the right direction, so they could they be rearranged to make a story house? 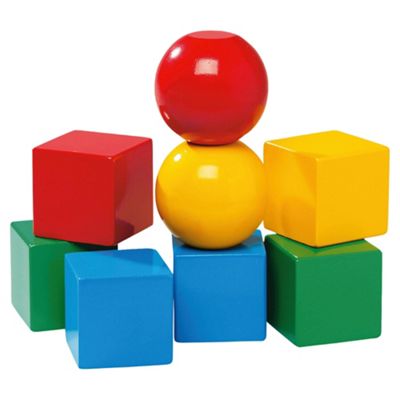 *Approach 3: With my latest novel, the fifth story in the Cornish Detective series, I stayed in the atmosphere created by writing one chapter, reworking it and going back a dozen times to make more alterations. This slowed the daily word count—which I’ve never been concerned about.

Hanging around in one chapter made me consider my characters’ motivations more. This wasn’t necessarily a good thing for the overall feel of the story, as it tempted me into adding unnecessary filler to round out the characterisation. Instead of looking like building blocks, each chapter took on the feel of a separate short story.

I tend to use spell checker and grammar and punctuation correction software after I’ve done my thing. I stopped using Grammarly, after the recent controversy. Instead, I rely on Ginger, Language Tool and, if I feel like being told off, then ProWritingAid brings me down to earth with a bump!

Ideally, I want my writing experience to be as relaxed and enjoyable as possible, and I see no point in making life difficult by tackling the entire manuscript in one block. Cleaning things up in stages works better for me, and that includes fact-checking.

How do you approach editing?

Do you climb the mountain of your manuscript in a protracted expedition, searching for better ways you could have done things?

Or, do you revisit the journey in sensible stages?

How often do you rework a sentence, paragraph or chapter? I’ve sometimes found myself obsessing with this, agonising over word choice, before realising that the only readers who’ll appreciate my finesse will be other writers—the average reader will speed over my exercise in style without noticing a thing! It’s at this point, that I tell myself to stop poncing around and just get on with telling the story….