Some famous writers were rather eccentric in their choices of where to write, with a few needing the reassurance of strange rituals and fetishes to feel comfortable.

I’ve heard of authors writing while standing up, which could avoid some of the health risks of spending ages sitting down, but would surely be tiring. There are lots of retailers selling stand-up desks these days, though I’ve yet to see a bed or bath aimed at horizontal writing. 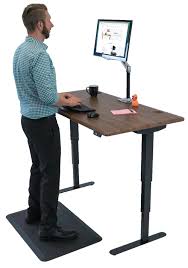 Haruki Murakami has shared some images of his writing desk and accoutrements. I see that he’s another writer who works with music playing. I rather covet his reading lamps and am currently watching several flexible neck and Anglepoise lamps on eBay. I’m relying on a bedside table light, atop a suitcase next to my writing table for illumination at the moment.

I don’t have any lucky talismans around my computer, just a mobile phone, memory sticks and a wristwatch, along with a long-bladed Kitchen Devil knife with a serrated edge that I use as a back-scratcher! I think that this makes me pragmatic, rather than stylish!

Some more writers have shared images of their writing desks on the Guardian’s book page:

I think that I’d find sitting by a window with an attractive view too distracting, especially if I had birds to watch. The nearest window to me is ten feet away, looking out on a car park for the petrol station where I live, so not that attractive an alternative to my laptop screen.

The writers’ desks with views of the natural world made me think of Richard Le Gallienne‘s poem:

‘I Meant To Do My Work Today’

I meant to do my work today,
But a brown bird sang in the apple tree,
And a butterfly flitted across the field,
And all the leaves were calling me.
And the wind went sighing over the land,
Tossing the grasses to and fro,
And a rainbow held out its shining hand,
So what could I do but laugh and go?