A good friend, who is an avid reader, asked me for a book recommendation last week. I suggested my favourite read of the year so far, which is Where The Crawdads Sing by Delia Owens. It’s a book that deserves its good reviews and it will be one of my annual Favourite Reads of the Year in December.

My friend texted me this afternoon to say that she’d finished the book in four days and that she dreamt about it. She cried at the ending. It’s now her favourite story, and she’s recommending it to her friends.

Such word of mouth support is what turns a book into a bestseller. Grabbing the reader by their heartstrings is essential to make them read on. If they care about the fate of the characters, they’ll be moved to laugh, sigh in relief and cry in disappointment. Sad stories sell well. Think of Birdsong by Sebastian Faulks,  A Thousand Splendid Suns by Khaled Hosseini, Wuthering Heights by Emily Brontë, Harry Potter and the Deathly Hallows by J.K. Rowling and To Kill a Mocking Bird by Harper Lee.

I’m one-third of the way into writing my third novella about an American Civil War veteran. His fiancée died the year before the war started. Since the peace treaty, he’s hidden out in the mountains, trying to recover from what we now call PTSD. He’s just travelled to Atlanta to help his sister rebuild her plantation, ruined by Sherman’s March to the Sea.

I intend to have him fall in love at first sight with a former slave freed by the abolition of slavery. There will be passion, fulfilment and heartbreak, for my hero will be returning to the mountains alone to become a trapper in Book 4. Having a love interest isn’t in his destiny. I’m going to kill her off. I hope to make the reader weep! (I’m such a brute).

Which are your favourite sad stories?

Have you written anything that made your tears flow? 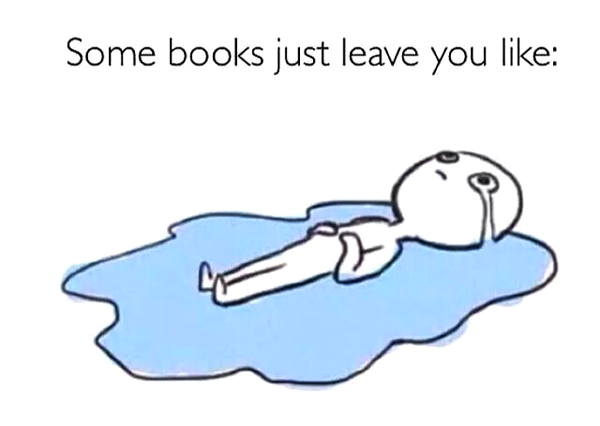