The most common use of the word ‘cult’ is a dodgy religion, one which involves brainwashing and that excludes the world through secrecy.

Areas of the arts, particularly film, music and writing are breeding grounds for cults, with enthusiastic followers knowing about work which is largely obscure to the masses. Being labelled a cult author could be seen as a comment on how commercial you are, though there are successful writers who have cult books.

By the qualifier of sales alone, most cult authors write in a literary way. There are some, such as Haruki Murakami who prosper, and whose readers could be labelled a ‘tribe’ or ‘nation’. Even deceased writers, such as Charles Bukowski, still have healthy sales while remaining an acquired taste.

Some authors who wrote a book that once had a cult following, have achieved recognition from masses of readers. The best-known recent example is Stoner by John Williams. John Kennedy Toole’s A Confederacy of Dunces is the perfect example of a book that took years to be published, then won adulation for its deceased author, before becoming a novel read by only a few.

Then, there are the less well-known novelists, who none the less have enthusiastic readers who hunt out-of-print titles and wait for the latest release.

If you’re looking for a laugh with richly-imagined situational comedy, seek out Brady Udall‘s Mormon novels or Donald Harington‘s Ozark Mountains sagas. Richard Brautigan’s style is unique and his stories can be funny, sinister and moving in their emotional intensity.

Mick Jackson, Charles Lambert and Justin Cartwright are British novelists, whose fluid writing style is a joy to read, yet they’re largely overlooked in favour of hacks who’ve got lucky with a bestseller.

Tim Gautreaux is a poet, short story writer and novelist, and his novel The Clearing is one of my favourites.

What hidden literary gems do you know about?

I came across this quote recently, from J.D. Salinger’s The Catcher in the Rye:

“What really knocks me out is a book that, when you’re all done reading it, you wish the author that wrote it was a terrific friend of yours and you could call him up on the phone whenever you felt like it. That doesn’t happen much, though.”
― J.D. Salinger, The Catcher in the Rye

It made me think of a contradictory epigram, from Arthur Koestler:

All the same, it made me wonder which of my favourite authors I’d like to have a friendly chat with—for the purposes of this flight of fancy, I’ve allowed time-travel to include deceased writers. In no particular order, my wish list includes:

Woody Allen said that: “My One Regret In Life Is That I Am Not Someone Else.”

Assuming reincarnation and time travel are possible, which author would you come back as?

This fantasy question is rather different to being asked which authors you’d have to dinner. For instance, when I think of my writing heroes, irrespective of their talent, some of them had unhappy lives. I might still risk it, as I’d be fascinated to see how their creative process worked.

My choices would be:

* Rumi: the Persian poet, revered for his love poetry. I wonder what his love life was like. He had a decent innings surviving until the age of 66…impressive for the 13th-century.

* Guy de Maupassant: A great short story writer, who rubbed shoulders with such luminaries as Alexandre Dumas, Gustav Flaubert, Ivan Turgenev and Émile Zola. Sadly, his own story was short, for he died of VD in an asylum at the age of 42. 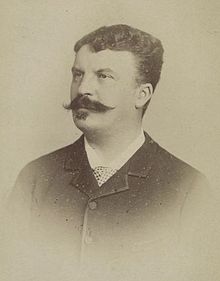 * Richard Brautigan: A writer of bizarre comedic stories, a real maverick, but dead by his own hand at the age of 49, his body not found for a month.

Shape-shifting into the careers of living authors would be interesting. I note that all the writers I’ve chosen have retained the common touch, not abandoning their humble roots.

* Larry McMurtry: his output is impressive, with his books adapted into respectful movies and television series. Lonesome Dove is a great Western. He’s a used book-store owner & cat lover.

* Dennis Lehane: brilliant novels that win awards and are turned into decent films, which is something of a miracle. Also wrote episodes of The Wire.

* James Lee Burke: an illustrious writing career, and he’s still actively publishing in his 80s. I like how he stays true to his characters, writing series of novels about them. Daughter Alafair is also a best-selling crime author.

* Alice Hoffman: my favourite author of Magical Realism, which she inserts seamlessly into her tales of characters struggling against the odds. Great at showing how what someone considers to be magic provides them with the courage to endure.

Who would you be? One of the Brontës? Charles Dickens? William Shakespeare?

Or someone contemporary and still living, such as Hilary Mantel, Margaret Atwood or Paul Auster?

Just think of the fun you could have getting these famous authors to write something radically different!

I recently borrowed two library books by favourite authors, which felt like meeting up with old friends. One is by cult author Richard Brautigan, the other by so-called Liverpool poet Brian Patten.

Brautigan wrote surreal bizarre tales of misfits, and his style is unmistakable and inimitable. I’m enjoying revisiting his Dreaming of Babylon: A Private Eye Novel 1942 which I haven’t read for twenty years.

Patten writes exquisite verse, some of the finest love poetry around and really entertaining poems for children. I’m currently recalling love affairs from long ago, helped by his Collected Love Poems.

Other favourite books that I’ve read many times over the years include The Wind In The Willows, An Island To Oneself, Those About To Die and any collection of Guy de Maupassant’s short stories.

They all lift my spirit in different ways.

Which books do you think of as friends? 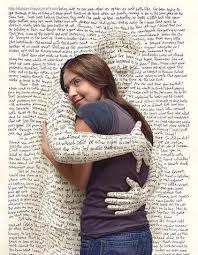