On the British television service Freeview, there’s a channel called Talking Pictures, which shows old films from the early twentieth century, as well as later cult classics. This morning, I watched a low budget hot rod/ monster/ science-fiction film called The Giant Gila Monster. Whatever happened to that sub-genre?

It was less than terrifying, the monstrous lizard being rather amusing, but the acting was fine, the script surprisingly true to life and the characters were easy to root for. Curious about its making, I looked online, and found this comment in the Wikipedia article on the film:

Dave Sindelar, on his website Fantastic Movie Musings and Ramblings gave the film a positive review. Sindelar wrote in his review of the film: “whatever flaws there are with the story, I find myself drawn to the regional feel of the movie, and especially to the likeable characters that inhabit this environment…. It’s rare for a movie to have this many likeable characters, and I think the reason I watch the movie again and again is because I just like to spend time with them.” This set me to thinking about which literary fictional characters I’ve enjoyed spending time with, especially repeatedly in a series of stories. As a writer, it sounds like an obvious prerequisite that readers should like your characters or at least bond with them to the extent that they want to know what happens to them. Thus, the fate of villains is compelling; a character doesn’t have to be a clean-living paragon of virtue to be admirable.

With my own Cornish Detective series, my protagonist Detective Chief Inspector Neil Kettle is likeable, though he’s definitely weird, and his left wing, green and arty approach to life will alienate some readers—which is fine with me—they might read on to see him get his comeuppance.

Books themselves can become friends and the characters in them become allies to us in the loneliness of life; we want to know how they’re getting on after we were last together.

In my chosen writing genre of Crime, some of my favourite likeable characters include:

Of the three, Commissario Salvo Montalbano would be the most convivial company, for the other two are rather tortured souls. Harry Hole is a trouble-seeking nutter!

In cinema films, the characters I relate to the most, and who I’ve watched repeatedly, are The Outlaw Josey Wales, played by Clint Eastwood, Blade Runner Rick Deckard, played by Harrison Ford and the Alien series Ellen Ripley, played by Sigourney Weaver. It’s arguable that all of these movies are Westerns, with an antihero as the protagonist—which might be a clue to my own bolshy character!

Who are your favourite fictional characters in print and on the silver screen?

Vladamir Nabokov suggested that: “The writer’s job is to get the main character up a tree, and then once they are up there, throw rocks at them.”

It’s common advice from writing coaches, to endanger your protagonist, to set them challenges that they need to overcome to get to where they’re going—which is often simply returning the situation to normal. Think of what Frodo went through in The Lord of The Rings, just to get rid of that pesky ring.

No one likes a smart arse, and a completely indomitable hero would be boring, running the risk of making their opponents more appealing…which is always likely to happen anyway, as readers identify more with character flaws than moral strength. Fighting the system is more romantic than defending it. Far more murderers’ names are recalled, than the lawmen who captured or killed them.

A protagonist becomes more attractive when they show their humanity. If they make mistakes, especially if the reader knows they’re doing so and they don’t, it elicits sympathy and the reader gets behind their efforts. Such vulnerability needn’t make the hero sappy: we all know what sort of hand a velvet glove contains.

Some authors take their abuse of their protagonist to extremes. Jo Nesbö regularly throws his Swedish detective Harry Hole into ghastly situations, including being addicted to booze and drugs, getting captured and tortured, as well as framed and suspended from duties, beaten-up, stabbed and shot. In the first novel of the series The Bat, Harry is a fish out of water, investigating a serial killer in Australia and is also drinking like a fish! 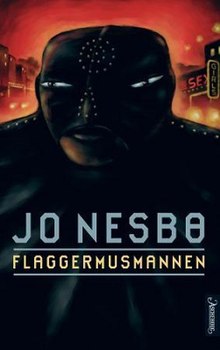 I introduced my protagonist Detective Chief Inspector Neil Kettle standing on a Cornish beach in winter, looking at the nude corpse of a naturist, who appears to have been murdered. He’s trying not to think about the last time he was there, with his wife, who died in a traffic accident two years before. Hopefully, readers will sympathise with his state of mind, while admiring his fortitude in pursuing the killer.

He clings to his job as a way of coping with life, as he spirals down into depression, and it’s not until the end of Book 2 that he’s functioning anything like normal. He’s been brought low by his illness, but his detective colleagues have also faced threats—his ageing deputy is mugged and knocked unconscious and kicked hard enough to break ribs, prompting his retirement. In the next book, his replacement becomes the last victim of a serial killer, pounded to death with a primitive mace—a club with nails. On another case, a detective’s personal life is disrupted when a murdering husband and wife, disgraced intelligence agents with a grudge against society, hack into her emails. They glean enough information to attack the police force’s site, disrupting the investigation into them.

Various coppers get clobbered while making arrests, but Neil is cleverly poisoned by the ex-agents, who use poison-dart frog toxin to knock him out, sending him into hallucinations. In the last story, completed in 2018, in the penultimate chapter, Neil is stabbed and slashed, defending himself by almost battering his assailant to death with an extendable baton.

He’s in intensive care at the close of the story, in a coma and receiving blood transfusions. He faces suspension for his attack on the swordsman—who’s died.

I enjoyed putting my protagonist in jeopardy…burying him in an avalanche of violence with consequences for his career.

What rocks have you thrown at your characters?

How are they damaged by the threats to their life?

Do they wreak revenge?

Have you killed any of your goodies off?