Booklife.com has an interesting article on how writers become envious of the success of other authors:

What Writers Need to Know About Envy

With some writers, I experience not envy, more a feeling of admiration for the strength of their writing. Authors such as James Lee Burke, Dennis Lehane and Barbara Kingsolver compose sentences and paragraphs that have me immediately re-reading them.

If any envy does creep in, it’s for the fact that they’re not constrained in the way that I feel limited by the hoops I have to jump through as an unknown author—irksome things, such as the 80,000 word limit for crime novels, and starting my story with a sensationalistic event that grabs the attention of some dozy editorial assistant trawling through the slush pile.

I tend to suffer more from bewilderment than envy, mystified at how a weak and flawed novel got published. I recently finished a highly-praised crime novel, which came with fifteen endorsements on its cover and opening pages, from other authors and critics. They said things like ‘I had to sleep with the lights on after reading it’, ‘truly terrifying’ and ‘an eerie, spine-tingling read’. Maybe I’m desensitized by writing my own crime stories, but I felt mildly scared just four times in reading it.

To add to my confusion, the novel had several editing mistakes, including ‘baited breath’ when they meant ‘bated breath’. Considering the amount of time that I spend repeatedly going over my manuscript, weeding out punctuation and spelling errors, I’m amazed that so-called professionals let such things slip.

Who would want to be as successful as J. K Rowling? The first author to become a billionaire from her work, she’s given away so much money that her wealth dropped to half-a-billion—but gosh darn it, has recently risen to roughly one billion!

All well and good, you might think, but she has to employ bodyguards to prevent kidnapping and terrorist attacks. Imagine what an attractive target she is for a demented ISIS suicide bomber, as an author who writes about witchcraft.

There’s such a thing as being too successful!

Do any of you suffer from writer envy, or are you like me, merely baffled at how some books get published, when you can’t get any attention for your brilliant manuscript? 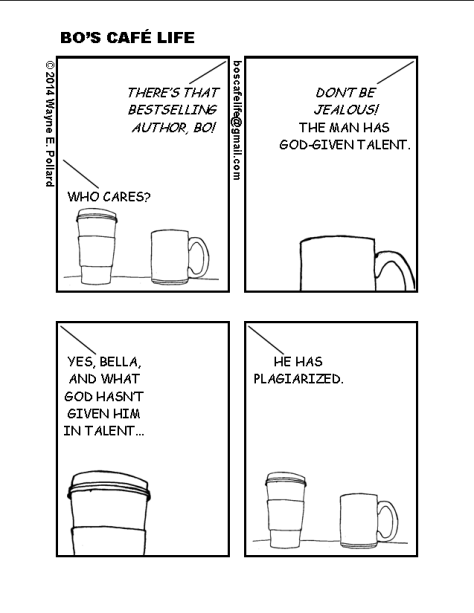