In writing any fictional story, we need to persuade the reader that the world we’re creating is believable, and the things happening to the characters in that world are feasible—so they accept that it could happen to them—meaning they bond with the characters and want to know what happens to them. The bond can be one of dislike, of course, for to be successful a novel needs a great villain.

A good story should have incidents which defy the probabilities, and march just inside the borders of the possible.

To encourage readers to stay on the journey of reading your story, rather than get on with their own lives, the characters that inhabit the page have to show their humanity. Fictional characters need to be extraordinary to attract interest in the first place, but it’s their vulnerabilities, dreams and setbacks that make readers sympathise with them. No one likes a smart arse in real life or in fiction. The detectives, superheroes, sexual athletes and knights in armour we create should falter as much as we all do, before achieving their goals.

Iain M. Banks said: The trouble with writing fiction is that it has to make sense, whereas real life doesn’t.

That’s also the joy of writing fiction, for as writers, we lead our readers by the nose, tugging at their heartstrings along the way and teasing their brains to work out what happens next. They have to be drawn into the story, to trust the integrity of the plot and care what happens to the characters. One thing that might well drive them away, is if they spot glaring mistakes—be they continuity errors, such as getting a name wrong, or factual blunders.

I write crime fiction, and about half of the novels I read are of this genre, so I’m alert to mistakes. I’ve given up on reading novels where it was obvious the author had never been in a physical fight in their lives, and had no idea of how to describe one, where they’d specified the wrong calibre of ammunition for a gun, or had their hero shadow a suspect’s car along a lonely desert road for 250 miles without being spotted (or needing to refuel their gas-guzzling V8-engined car). My favourite piece of ridiculousness, which destroyed any sense of belief I’d built up, was when a parked Harley-Davidson motorcycle, weighing 600 pounds, fell over after being shot through the petrol tank with one bullet—as if it was a person—“Urggh, yer got me!”

Even if you’re writing about fantasy or science-fiction heroes, keep things real.

I’ve found that writing from the third person POV allows a cooler approach than introducing a tale in the first person, which is intensely close. A reader needs time to bond with the narrator, and third person gives an impartiality which doesn’t force them to think in a certain way. On the other hand, stories with unreliable narrators need the first person viewpoint, however twisted their thoughts are, making the reader work out the truth of what they’re saying. I previously questioned the effectiveness of unreliable narrators, for if all of the characters are unlikeable, then why should readers continue to support a tangled web of disbelief full of spiders that are all biting you?

Many plots depend on coincidence and lucky accident to work, but that’s just the way of fiction, and provided the happenstance isn’t too convenient and unbelievable, then readers will play along. I freely admit, that my own protagonist detective is a miracle worker, who’d make Sherlock Holmes look like Inspector Clouseau, for he solves complicated investigations within six months. In reality, a major crime team might take years to bust a criminal, but that would try A reader’s patience—unless it’s ‘faction’ based on actual crimes.

Keeping the attention of the reader requires immediacy, they like having things explained to them, especially if they’ve already guessed why something happened. This is a damned sight more than what happens in real life, where stuff just happens without our permission, and we have to sort out the mess!

Suspense within a story, whatever the genre, makes readers eager to know the ending. The questions we raised at the beginning need resolution by the time we type The End.

If you make the reader feel something about your story, to have an emotional reaction to it, then they haven’t noticed you as a narrator (transparency is our ideal state) for they believe in the truth of what you’ve written. 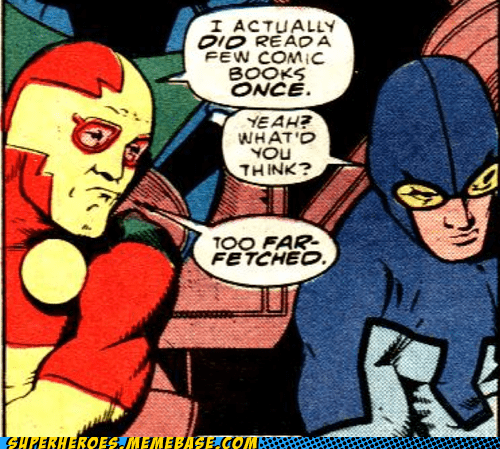