I’m currently enjoying reading Ray Celestin’s The Axeman’s Jazz. Set in 1919, what’s noticeable, is that everyone in it smokes! It adds to the realism but feels odd, somehow. Smoking has been outlawed and is disapproved of these days, but back then tobacco was marketed as sophisticated and as a health aid.

I’ve never smoked, not one cigarette, partly because several senior members of my family died of lung cancer. As a result, I tend to forget to include smoking in my stories. I’ve just started writing the third story in my Art Palmer series, set in 1867, two years after the American Civil War ended. Smoking was common then, indeed Art is making for his sister’s tobacco plantation, but he doesn’t smoke. Not because he dislikes it, but more because the smell of smoke alerts the enemy to his whereabouts. The war may be over, but danger lurks.

Smoking in fiction is tied to some characters. Just think of Sherlock Holmes puffing on a pipe. He gauged thinking about investigations by his smoking—in The Red-Handed League, he says to Dr Watson:

“It is quite a three pipe problem, and I beg that you won’t speak to me for fifty minutes.” 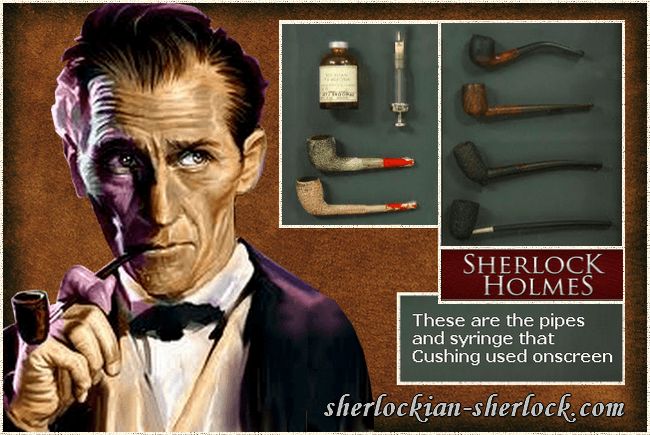 Quite what variety of baccy Gandalf tokes down on with his pipe-weed still causes speculation.

The Caterpillar in Alice In Wonderland favours a hookah to inspire his pithy observations on life.

Hardboiled private-eyes of a certain era are always puffing away. Hard not to think of Humphrey Bogart playing Raymond Chandler’s Philip Marlowe without a cigarette in his mouth. 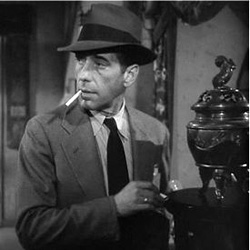 We shouldn’t forget chewing tobacco. Terry Pratchett’s Discworld books feature Blackheart and Jolly Sailor brands. And, what about the addictive tomacco in The Simpsons?

It’s not all fun…spitting chaw can say a lot about a character, such as Josey Wales:

Smoking can be used to show aspects of a character: their addictive nature, an attempt at sophistication or trying to fit in with a crowd, a means of staving off hunger, an aid to meditating and, as the old excuse goes, giving them ‘something to do with their hands.’

Do any of your characters smoke or chew tobacco?