Assuming that you’re chasing a publishing deal, having netted a slippery literary agent, which book company do you favour?

Publishing is dominated by the Big 5: Hachette, Holtzbrinck Publishing Group/Macmillan, Penguin Random House, HarperCollins and Simon & Schuster. These companies publish 60% of English language books. Each is part of a parent company, a conglomerate with other interests. For example, Penguin Random House is 75% owned by Bertelsmann, a German multinational corporation that offers not only books but also television, radio, music, magazines and business services.Such reach looks appealing to an author trying to place their book, for it might lead to a television series or film adaptation.

But what if your title falls through the cracks, not getting the attention and promotion it deserves from one of their many staff? If your book performs poorly, compared to other authors, it’ll be shuffled aside. I’ve looked at Big 5 websites, feeling lost in the maze of books they handle, and the army of authors whose profiles appear with headshots, as I attempt to work out who at the company actually represents their interests.

I’d rather sign with a small publisher, who offered one-on-one support. As a tiny cog in a massive corporation, I’d be dispensable, but as one of a roster of 100 authors at an indie publisher personal relationships would flourish.

It’s worth remembering, that in recent years, independent publishers have done well in gaining their clients publicity by being shortlisted and longlisted for literary prizes. One of the problems for a small publisher is the entry fee charged by the prestigious Booker Prize, the Bailey’s prize for women’s fiction and the Costa books of the year, which edges them out.

This tactic hasn’t stopped small presses winning awards, and there are also awards aimed solely at books published by indies.

It’s noteworthy, that smaller book companies are more prepared to take a risk on unusual projects and ‘difficult’ authors. The same thing can be said of small, recently-founded literary agencies. I’ve made 650 queries since 2104, receiving personalised replies from just four agencies, saying why they were rejecting my submission—all of them were small agencies.

I recently ran a third campaign of return of querying literary agents and have started to self-promote by blogging and posting on social media, but I’ve been keeping an eye on which publishers I like…even allowing myself a few flights of fancy about how they’d produce a printed version of my Cornish Detective series.

On my wish list are these four independent publishers:

Shortlisted for the Booker Prize in 2012 with Alison Moore’s The Lighthouse and long-listed in 2016 for Wyl Menmuir’s The Many.

Beastings by Benjamin Myers won the £10,000 Portico Literature Prize 2015 and was also shortlisted for The Jerwood Fiction Prize 2015. He went on to win the £25k Walter Scott prize 2018 with his novel The Gallows Pole.

Longlisted, shortlisted, and the winners of over twenty of the world’s most prestigious literary awards, including the Women’s Prize for Fiction, The Wellcome Book Prize, The Goldsmiths Prize, The Desmond Elliott Prize, The Jan Michalski Prize, The Folio Prize, The Geoffrey Faber Memorial Prize, and the Frank O’Connor Short Story Prize.

Do you have any preferences for who publishes your book? 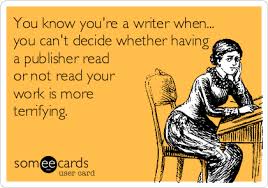