In rejigging my online presence, via a blog, website and various social media accounts, I’ve had to describe myself in profiles of different lengths.

As with anything to do with writing, self-publishing and self-promotion little words can carry mighty weight. From the story itself to the title, to tags chosen to describe the plot and onto an author’s biography, there are writing experts who’ll coach you on what to use and what to avoid saying.

I freely admit that I’m nosy about finding out details about a creative person’s life. The internet could have been invented for me: I’ll read the Wikipedia pages for all of the stars in a film that’s on television, before moving to the director, cameraman and sound recordist. Contemplating the idea that some reader will be doing that with my bio is disconcerting.

I’ve often wondered how relevant an author’s upbringing and career history are to their books. I see the significance if their parents are writers, as with Kingsley and Martin Amis, James Lee Burke and Alafair Burke, Stephen King and Joe Hill and Alice Walker and Rebecca Walker. But, what difference does it make if a writer’s parents were aristocrats or servants? My father was a noted industrial photographer, so I grew up in a house full of cameras and photographs, but did that make me more observant? Would I write differently if Dad was a plumber?

What about an author’s work history? I’ve done something like 50 different jobs, including career ladder professions, wage slave factory worker, manual labourer and charity volunteer on nature projects, street art, community centre and counselling. Such variety has given me an appreciation of what people do to earn a crust, more so than if I’d been a truck driver for 40 years.

How about a writer’s romantic liaisons and marriages—always of keen interest to prurient readers—was the person who wrote the book promiscuous or a prude? A lot of authors’ bios on the back flap of their novel end with something like ‘She lives in Brighton with her husband, two children and three cats.’

That should be enough, surely?

One factor that readers apparently consider, is how experienced or knowledgeable is the author to write about their subject? In my writing genre of Crime, there are some noted writers who were policemen, profilers, lawyers, probation officers or criminals. Would I sell more books, if I confessed to burying my first two wives under the patio? I’m joking!

I posted my bio on this blog. My profile is similar on my Cornish Detective website and social media sites

I think it’s important to open up and let readers into your life and way of thinking if you’re going to foster loyalty to your books. Along those lines, I’ve written articles explaining why I wrote that particular Cornish Detective story, which will be open to readers leaving comments on my website. In the internet age, we all think we deserve to know about someone’s life. How many reclusive writers manage to stay unknown these days?

I’m happy to interact with people that way, and further down the road, if I have any sales success, there may be public appearances and book signings. I would never want the level of recognition which makes authors household names, with fandom that intrudes, as with J.K. Rowling, Anne Rice and Stephen King.

Some authors adopt a whimsical approach to their bios:

“Lemony Snicket has ridden the rails, gotten off track, and lost his train of thought. His investigative research has been collected and published in books, including those in A Series of Unfortunate Events and All the Wrong Questions.”

“Eric Carle invented writing, the airplane, and the internet. He was also the first person to reach the North Pole. He has flown to Mars and back in one day, and was enthusiastically greeted by the Martians. “Very strange beings,” he reported on his return. He has written one thousand highly regarded books; a team of experts is presently attempting to grasp their meaning. “It might take a century,” said the chief expert. Carle is also a great teller of stories — but not all of them are true, for instance those in this book.” 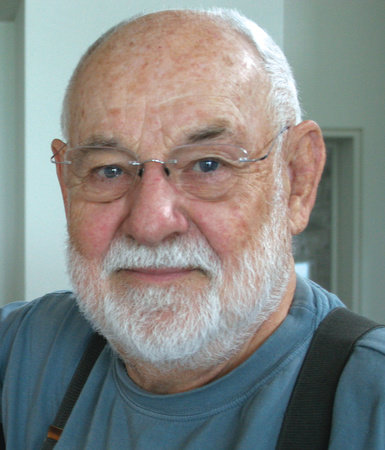 “Laurelin Paige is the NY Times, Wall Street Journal, and USA Today Bestselling Author of the Fixed Trilogy. She’s a sucker for a good romance and gets giddy anytime there’s kissing, much to the embarrassment of her three daughters. Her husband doesn’t seem to complain, however. When she isn’t reading or writing sexy stories, she’s probably singing, watching Game of Thrones and the Walking Dead, or dreaming of Michael Fassbender. She’s also a proud member of Mensa International though she doesn’t do anything with the organization except use it as material for her bio. You can connect with Laurelin on Facebook at facebook.com/LaurelinPaige or on twitter @laurelinpaige. You can also visit her website, laurelinpaige.com, to sign up for emails about new releases and a chance to win a $100 Amazon Gift Certificate in a monthly drawing.”

How do you feel about putting yourself out there as a writing personality?

Is anything from your past going to help you sell books?

Feeling clueless about what to say? Reedsy has a free author bio template: