While fantasy shopping for property in Cornwall, where I live, I came across this house in Zennor, in the west of the county.

Hmm, thinks I, D.H. Lawrence lived there for a while: sure enough, it turns out to be the same place.

The house name RANANIM comes from the utopian artistic community that he dreamed of establishing in Taos, New Mexico. Lawrence and his German wife Frieda lived in Cornwall from 1916-1917, during which time he worked on Women in Love, which may have been influenced by a homosexual affair he was rumoured to have had with a local farmer. The couple were forced to leave the county, after accusations that they were signalling German submarines by semaphore system using their curtains at night.

Perhaps, it isn’t surprising that there was suspicion about them, for, amazingly enough, Frieda was the fifth cousin, once removed, of Baron Manfred Von Richthofen—the Red Baron—who’d already shot down scores of British planes over the trenches.

Helen Dunmore’s first novel, Zennor in Darkness, was about this period. 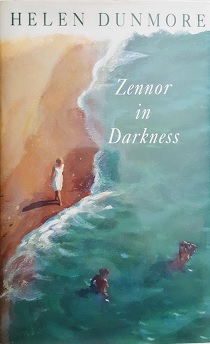 I’ve only visited one famous author’s home, which is George Bernard Shaw’s house Shaw’s Corner, located in the small village of Ayot Saint Lawrence in the county of Hertfordshire. Shaw was known for his ascetic ways, and his home reflects this, for though the garden is beautiful, the rooms have a strictly functional sparseness. My favourite feature is his revolving work hut at the bottom of the lawn, which he could turn away from the house to face the hedge, blocking the world out.

Have any of you visited houses with a literary connection, or lived somewhere famed for a well-known writer?