At which point in your characters’ lives do you begin your story?

Should your protagonist be the first person a reader meets? Or, as often happens in my chosen genre of crime, should it be the victim who appears first, fearful that they’re in danger and trying to escape, or perhaps they’re long dead and their corpse is laying undiscovered.

It’s long been said, in a jokey way, that a story should have: ‘A start a muddle and an end.’ Some famous novels use reverse chronology, beginning at the end of the story and working backwards to explain how the narrator got there. Martin Amis wrote Time’s Arrow through the eyes of a protagonist who can apparently bring people back to life, though it’s revealed that he’s actually a doctor at Auschwitz concentration camp who’s killing inmates in medical experiments.

Ambrose Bierce wrote a famous short story called An Occurrence At Owl Creek, which begins as the narrator is about to be hanged by the neck, but there are flashbacks and a twist ending.

Timing is all, and it can affect not just the start of a story, but each subsequent chapter.

William Goldman admitted: I never enter scenes until the last possible moment…and as soon as it’s done I get the hell out of there.

Blaise Pascal reckoned that: The last thing one knows in constructing a work is what to put first.

I’ve rewritten all of my first chapters, after typing The End, to include foreshadowing that I wasn’t thinking of as I set out on a new writing adventure.

Poet Vickie Karp said: When we read, we start at the beginning and continue until we reach the end. When we write, we start in the middle and fight our way out.

Looking at my own Cornish Detective novels, I see that I always begin my stories in the here and now, describing the crime victim as their body is found or as they die or as they are released from danger.

In Who Kills A Nudist? the titular murder victim was killed the night before the story starts

The Perfect Murderer begins on the day that the third victim of a serial killer is found, a murderer who took his first target two months before.

An Elegant Murder starts in the present, but, in the mind of a deluded woman who is about to be murdered. Mentally, she is living forty years ago, having just escaped incarceration in the mental health system.

Sin Killers starts in the here and now, as seen through the eyes of a five-year-old boy who’s just been released by his kidnappers, who held him for two days.

The fifth story, written in 2018, The Dead Need Nobody begins a few minutes before a young painter is thrown to her death. The murder happened three weeks before the rest of the story starts.

I never reveal from Chapter One who the killer is, though he usually appears early on. In the two novels I’ve written from a multiple POV, the murderer gets his say. My crime stories are how-catch-’ems rather than who-dun-its. Although they begin in the present, all of the investigations involve delving back decades into the childhoods of the antagonists, to unravel the motivation for their crimes.

When do you begin your story?

Do you use a prologue describing the dim and distant past, when something significant occurred, with repercussions for your modern day characters?

Have any of you ever written a tale that begins at the end of the events that make up the bulk of the story? 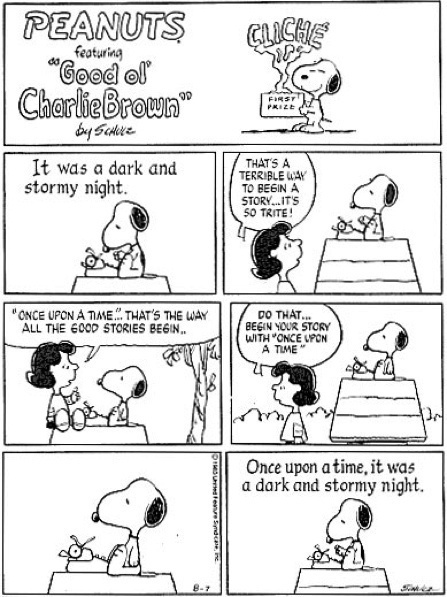