We all have scars—external and visible on the skin—and internal damage that we keep hidden, but which actually has more of a profound effect on our characters.

Scars on the skin can become conversation pieces, especially between new lovers. An intimidating facial scar on a rough face warns adversaries away, with an unspoken message of surviving suffering.

The world’s first billionaire author created a protagonist with a lightning bolt-shaped scar on his forehead. 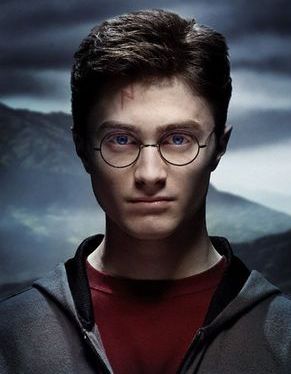 To be a writer, Stephen King said, “The only requirement is the ability to remember every scar.” Tapping into your own scars is a useful technique for unlocking the scars in your characters.

Scarring can be done deliberately…for ornamentation and as a badge of honour. These days, tattooing is common, and those with body scars sometimes opt for concealing the damage with ink. I knew a woman who had no interest in tattoos until she had a double mastectomy. Reconstructive surgery gave her breasts again, but an elaborate floral design helped her move forward with her new shape.

In some ways, we’re becoming more tribal in our attitude to symbols, with extreme body modifications that tap into primitive roots. Raised scarring of the skin in which the bulbous cicatrices and gouged depressions form a pattern are not for everyone, but many folk pierce their ears for earrings and some have their lobes tunnelled to contain a large plug.

Going back to the 19th-century, duelling scars were viewed as proof of manhood, with some wanabees faking their sword fighting experience by slashing their cheeks with cutthroat razors.

There’s a poem about scars, which looks at them in an unusual way. Written by Jane Hirshfield. For What Binds Us contemplates healed wounds as being a stronger union than a ‘simple, untested surface.’

For What Binds Us

There are names for what binds us:
strong forces, weak forces.
Look around, you can see them:
the skin that forms in a half-empty cup,
nails rusting into the places they join,
joints dovetailed on their own weight.
The way things stay so solidly
wherever they’ve been set down—
and gravity, scientists say, is weak.

And see how the flesh grows back
across a wound, with a great vehemence,
more strong
than the simple, untested surface before.
There’s a name for it on horses,
when it comes back darker and raised: proud flesh,

as all flesh
is proud of its wounds, wears them
as honors given out after battle,
small triumphs pinned to the chest-

And when two people have loved each other
see how it is like a
scar between their bodies,
stronger, darker, and proud;
how the black cord makes of them a single fabric
that nothing can tear or mend.

The protagonist in my Cornish Detective series is about to turn 50. In the last book, he’s fallen in love, but is then brought crashing to earth by being stabbed through his side with a sword stick blade. Obviously, this will leave pronounced scarring, and he’ll have damage to his hand—from gripping the blade to prevent it being withdrawn and used again as he flounders on the floor trying to take out his extendable baton to strike back.

The attack will also alter his nature, making him less trusting and more aggressive. His character was shaped by losing his parents as a teenager, emotional scarring that gave him resilience. In this way, I used a common trope in fiction…just think of the number of main characters who are orphans in literature and film; they’re vulnerable with a great capacity for growth. (Harry Potter shows his scarred face again.)

Another emotional scar came from losing his beloved wife in a traffic accident, two years before Book 1, which sent him into a couple of years of depression. Living with the black dog and counselling gave my protagonist more self-knowledge than many fictional detectives. Previous physical injury from falling off a motorcycle as a teenager, then being kicked by a suspect during an arrest, left him with a weak back—an internal scar, which he treats with Shiatsu massage sessions.

In my fourth Cornish Detective novel, Sin Killers, I used a heavily scarred character, who I based on a career criminal that I only saw a couple of times when I was a youthful dispatch rider in London. A veteran of Kray twins gang wars in the 1960s, he had a malign presence. A handsome man, if you only saw one side of his face, the other side was a gridwork of scarring…including a divot through his eyebrow and onto the cheek from a hatchet blow, which had darkened his iris to near black. My fictional henchman has a heavily scarred face, and he’s still a violent man, but he’s aware of increasing fragility from ageing and wants to retire to live aboard a boat on the river surrounded by nature. Outside he looks like death, inside he’s a naturalist who prefers wildlife to people.

Any scar is a memento of where we’ve been, but it needn’t affect where we’re going.

How do your characters handle their scars—internal and external?

Do your characters wear tattoos?