A long time ago when I was writing for the pulps, I put into a story a line like “he got out of the car and walked across the sun drenched sidewalk until the shadow of the awning over the entrance fell across his face like the touch of cold water.” They took it out when they published the story. Their readers didn’t appreciate this sort of thing: it just held up the action. And I set out to prove them wrong. My theory was that they just thought they cared nothing about anything but the action; that really, although they didn’t know it, they cared very little about the action. The things they really cared about, and that I cared about, were the creation of emotion through dialogue and description; the things they remembered that haunted them, were not for example that a man got killed, but that in the moment of his death he was trying to pick a paper clip up from the polished surface of a desk, and it kept slipping away from him, so that there was a look of strain on his face and his mouth was half open in a kind of tormented grin, and the last thing in the world he thought about was death. He didn’t even hear death knock on the door. That damn little paper clip kept slipping away from his fingers and he just couldn’t push it to the edge of the desk and catch it as it fell. 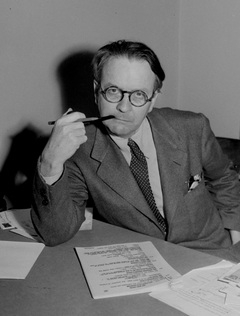