After spending the last four years writing a series of detective novels, I decided to devote 2019 to self-publicising. I may well return to self-publishing, but as I throw myself into blogging and social media posting, I queried 88 agents and indie publishers who look like they know what they’re doing.

I’m not sure that I do, but one thing I’ve learnt about the business of writing is that no one knows what works until it does….such as when an unlikely-sounding story becomes a bestseller.

Over the years, I’ve come to a state of mind where I don’t mind being a bit lost, having a look around where I’ve unexpectedly ended up while keeping my eye on my ultimate destination. My attitude to writing and publishing conforms with my career path, which has wandered like an albatross. I’ve always admired people who knew what they wanted to do from a young age and did it, finding their choice to be as happy as they thought it would be. Not many people have this certainty. 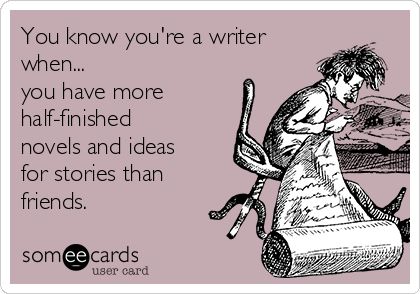 I wonder how many writers knew exactly what their first book would be about and how it would be published—surely, only those who intended to vanity publish can be this certain. Like a fledgeling learning to fly most of us have trial runs, before attaining any proficiency.

Ultimately, the important thing is to get something down on the page…you can’t edit and improve what isn’t there. All the same, there’s little point in getting stressed about what you’re doing, agonising that your book will never reach readers. It might have been easy to say, as a legendary and reclusive writer (is such a thing possible in the 21st-century?), but I like J. D. Salinger’s laid back approach:

There is a marvellous peace in not publishing. It’s peaceful. Still. Publishing is a terrible invasion of my privacy. I like to write. I live to write. But I write just for myself and my own pleasure. I don’t necessarily intend to publish posthumously, but I do like to write for myself. I pay for this kind of attitude. I’m known as a strange, aloof kind of man. But all I’m doing is trying to protect myself and my work.

I’ve always been comforted by an old Chinese proverb, which advises:

‘To be uncertain is uncomfortable; to be certain is ridiculous.’

In undertaking projects, I usually do a lot of planning, accruing information and raw material to complete the task and nudging what I’m creating in what I hope is the right direction—sometimes giving it a bloody big shove if it’s defying me!

Mind you, what I’ve accomplished were things that I had control over—rebuilding engines, repairing a roof on a 19th-century cottage, organising a playscheme for deprived inner-city children. The problem with writing is that though I can create decent stories if I want to be published traditionally, I first need to persuade a literary agent that my story is commercially appealing. Even if I self-publish, I have to sell myself and the books to indifferent readers.

During my recent round of querying agents, I found myself disconnecting from writer me to observe salesman Paul, as I analysed my introductory letter, synopsis and three chapter sample—wondering if I knew what I was doing and were the documents enticing? Even if I’ve done a good job with my submissions package, much depends on luck and timing, which are beyond my control.

I’d like my Cornish Detective to venture out into the wide world. Why is he still hanging around with me?

All any of us can do is keep on trying.

Do you know where you’re going to?

What do you hope will happen with your writing career?

It sounds like an unlikely source of solace, but I sometimes hear the lyrics of the theme tune of Mahogany, starring Diana Ross, playing in my head: