For a writer to achieve great success, their main character(s) and storyline need to be readily parodyable. Initially, this notion may sound offensive, but just think of the comedic interpretations that have been made of these well-known stories and characters:

* The Hobbit & The Lord of the Rings

* Tarzan of the Apes

All of these characters are popular because they make people feel good, and perhaps because they’re also slightly intimidating, they’re parodied—adding to their popularity. All of them are instantly recognisable as cartoons, many as head emojis or Lego figures and all are used as shorthand ways to describe people’s behaviour or appearance. Iconic is an overused word, but these icons are lampooned in an affectionate way. 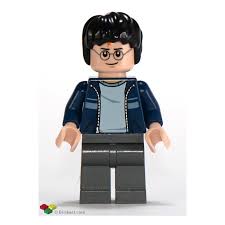 These characters are larger than the story, entering popular culture. Many people recognise the character, even if they haven’t read the original book. For instance, most interpretations of a pirate hinge on the wooden leg and parrot of Long John Silver, along with the daft ‘pirate voice’ saying things such as “Ah, Jim lad, it’s the Black Spot“, which came from actor Robert Newton’s West Country accent.

How could this affect our own writing? My protagonist, Chief Inspector Neil Kettle is increasingly eccentric as he redefines himself after being widowed, also seeking relaxing distractions from his job, some of which help him tackle cases in oblique ways. Thus, he paints watercolours, meditates, listens to a wide variety of music, has taken up the guitar, is a keen naturalist and wildlife gardener. He rides a menacing black chopper motorcycle. He’s a copper on a chopper!

I wanted to create a different type of detective, and Neil Kettle is a left-wing/Green party, Bohemian/Hippy artist who’s tapped into the pagan and farming community. Clothing-wise, he favours leather and wax-proof cotton jackets and floor-length highwayman’s coats. Whether any of these quirks make him worthy of being parodied, I don’t know….

Some writers’ physical looks become a parodyable logo. Jon Ronson writes quirky books investigating things such as psychopaths, public shaming, military use of hypnotism, extremists and craziness. His publisher has used his quizzical appearance on the covers of his books:

Do you have any fictional protagonists who could become instantly recognisable parodies, through their physical appearance, clothing or behaviour?

How do you feel about becoming a marketing tool yourself, with your head turned into a lurid cartoon?