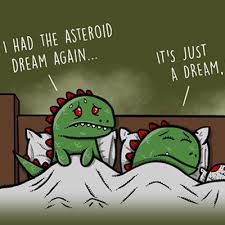 A strange article appeared in today’s The Free Dictionary newsletter. Filk music has been around for a long time, it seems.

We’ve all heard of fan fiction, and I knew about comic conventions, where fans dress up as their favourite characters, but this is the first time I’ve become aware of music based on science fiction and fantasy writing.

It takes all sorts, I guess.

If you write Fantasy or Science Fiction are you also a filker?

About half of the novels and short story collections that I read are in my chosen writing genre of Crime. I enjoy reading crime stories by foreign writers—not all American or Scandinavian—including Japanese, Korean, Mexican, French, Italian, South African, Australian, Spanish and Canadian. This is going to sound perverse of me, seeing as how my own police stories are set in Cornwall, but I find it hard to engage with many British crime novels. Part of the reason is that they’re so parochial, whereas foreign plots are more free-ranging—with the exception of Japanese novels, where society has even more restrictive social conventions than the U.K.

There’s loads of overlap in defining genres. What’s the difference between Suspense, Adventure, Mystery and Thriller, for example. And what about separating Chick Lit and Women’s Fiction—does one have a tasteful book cover, while the other is pretty pastels with cute cartoon characters? Romance appears to have gobbled up (pun intended) Erotica.

Of all the genres, Science Fiction stretches me the most. I definitely have an artistic, rather than a scientific mind, but I make myself read several science-fiction novels every year, hoping to activate dormant scientific brain cells that prefer hibernation. Neal Stephenson has challenged me: I’ve read Reamde, Snow Crash, Cryptonomicon and Anathem.

Magical Realism and Fantasy are easier for me to swallow, and I’m fond of Alice Hoffman, Gabriel García Márquez and Robin Hobb. What I get out of these three genres, is the courage to make my plotting devious, with bold unexpected strokes.

I read several novels in the History genre every year. I’ve devoured all of the Shardlake series by C.J. Sansom, set in the reign of King Henry V111. There’s some blurring of the lines in my choice of historical reading, as some titles would be labelled Westerns, such as Donald Ray Pollock’s The Heavenly Table and novels by Larry McMurtry and Cormac McCarthy...that’s if they weren’t described as Literature! Again, I’m inspired by the ever-lurking danger and need for self-defence in their plots, which provides a much-needed jolt to my own stories; it’s very easy in writing a 21st-century crime novel to get bogged down with forensic gubbins and procedural claptrap.

Graphic Novels are a good way for me to get ideas about pacing and synthesising the key elements of a tale, as they don’t waste panels on needless illustrations.

I rarely read modern-day Erotica or Romances, not because I’m unloving or prudish, more because I find the conventions of the writing hard to take, as most of the plots are extremely predictable. I recently borrowed a couple of Mills & Boon novels from my local library, which got me a strange look from the librarian who knows my reading tastes. I found them unexpectedly funny, but I don’t think I was supposed to be laughing. Actually, humour is something I used in my last Cornish Detective novel, when my protagonist finally takes and is taken by, a lover—after seven years of chaste widowhood.

Horror stories rarely horrify me, which might be one of the drawbacks of spending so long researching murders. I can’t take monsters seriously, though I love a slow-building sense of dread, such as H.P. Lovecraft once wrote, or more recently, as Patrick Ness achieved in his Chaos Walking series.

Readers have prejudices about genres other than what they normally read. I was pleased that two of my manuscript readers, who’d avoided crime fiction, thinking they wouldn’t like it, were turned on by my stories which expanded their reading tastes.

I regularly read what is labelled Literature, which might be defined as superior writing of lasting artistic merit, though a cynic might argue that literature wins writing prizes, but sells poorly, while genre writing is commercially lucrative, but is rarely chosen for an award… in the same way that comedy films never win the Best Picture Oscar.

I’m inspired by fine writing, and though I write my Cornish Detective stories with literary flourishes, I respect the conventions of the genre. Mind you, there’s been a rise in literary crime fiction, with authors such as Pierre Lemaitre, Derek B. Miller and Fred Vargas all writing high-quality prose; James Lee Burke has long written rich descriptions of complex characters.

Do you read outside your writing genre?

How does it help to enrich your own stories?

Are there any genres that you avoid?

Which genre provides the greatest escapism for you?