Some of you may have seen this article by Stephen King, which was in the New York Times in their Sunday Review section:

It certainly made me think about the relationship between quality and productivity. I created a lot of writing when I jump-started my creativity in June 2013. It was impossible for me not to write, and nine novellas, four short stories and thirty volumes of poetry and song lyrics poured out of me – a literary Mount Saint Helens. 2014 was devoted to writing my first novel, with a few poems thrown in for sanity’s sake.

2015 was spent chasing literary agents, and all I did creatively was write four poems. From 2016-2018, I wrote another four Cornish Detective novels, hoping that a series would be easier to query with than a stand-alone.

All of this activity has given me an appreciation of the fits and starts of some authors’ careers, as well as the production line output of others. It’s always puzzled me how some writers take so long to produce a new novel, while others appear to be one-hit-wonders. Arundhati Roy wrote The God of Small Things, which deservedly won the 1997 Booker Prize for Fiction. Although she announced that she was working on a second novel in 2007, it didn’t appear until ten years later, called The Ministry of Utmost Happiness. That’s not to say that she wasn’t busy, as she wrote many essays and become an advocate and activist for social causes. 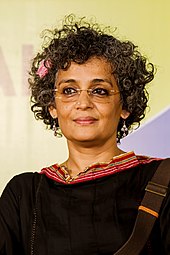 At the other extreme is British romantic novelist Barbara Cartland. She wrote more than 700 books, leaving behind 160 unpublished manuscripts on her death at the age of 98. Her worldwide sales are estimated to be anything from 750 million to more than 2 billion copies. You might think that she would have worn her fingers away with this output, but her usual writing method was to lay on a sofa and tell the story to her secretary, who later typed it up. In this way, she created a novel in two weeks.

I’m guessing that most authors are somewhere in between Arundhati Roy and Barbara Cartland in their productivity.

What do you think about the conundrum posed that being prolific means a drop in quality, while taking time produces fine literature?