This year, I’ve been writing a short story to keep me sane (ish) while I queried agents and indie publishers. One of the protagonists is an incomer to a village in decline, who’s purchased the rectory which was empty for ten years, during which it was vandalised. It needs restoring, so I went to write:

‘He’d be busy renovating his new home—even if he employed tradesmen.’

I paused, fearing the wrath of sensitivity readers—should I say tradespeople?—which looks clumsy to my eyes. Also, it jars with the dynamic of the story, where males are in positions of influence, and smug with it, unaware that the village really runs on the efforts of a coven of modern–day witches.

Etymologically, the use of man as a suffix came from it meaning person in Old English—there wasn’t a gender differentiation. However, political correctness has seen a few expressions of long-standing being replaced with descriptors that are gender neutral.

Actresses have become actors, police officer describes policeman and policewoman, and there are no longer air stewards and air stewardesses, but rather flight attendants. Surgeon has long been used, with no differentiation based on gender. Firefighter was swiftly adopted and rightly so.

Although some jobs might have gender-neutral titles, like mail carrier, people still commonly say mailman and mailwoman or postman and postwoman without it being seen as sexist. And, sporting activities appear to have escaped being lumped together: sportsman and sportswoman are commonly used, rather than sportsperson.

Other artistic activities have long been described inclusively, such as painter, though one still occasionally sees sculptress and, less commonly, poetess and authoress.

It’s a shame, in a way, that political correctness has led to smoothed-over, catch-all terms that are vague and which imply we’re all the same. Can’t we celebrate the differences anymore, by acknowledging that someone is masterful at what they do with a special word, such as a female pilot who is worthy of being called the delightful-sounding aviatrix—rather than the bland aviator?

How do you handle potentially sexist expressions, terms and job descriptions? 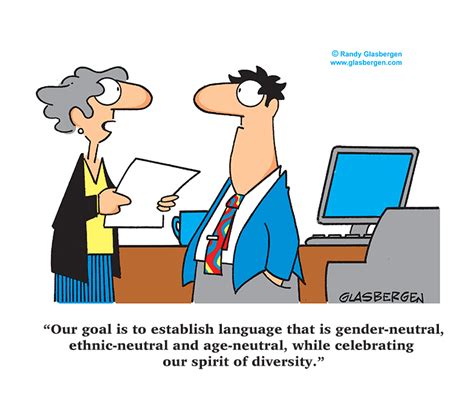