We’ve previously discussed You In Your Book, where you, the author, make a disguised appearance in your story, but what about channelling personal experiences?

It’s the best example of the advice to ‘Write what you know.’

I’ve written about bereavement, depression and a suicide attempt all drawing on personal experience. It’s also been my fate to have been poisoned, stabbed and shot, so I’ve used those extreme situations to add authenticity to stories.

I’ve had several confrontations with sharp weapons. Many stab victims report that they didn’t realise they’d been stabbed, until they saw the knife and escaping blood, as the blow feels like a punch. Which it does. I used that experience in my last Cornish Detective novel, in which my protagonist is run through from behind with a sword blade. He traps the blade with his elbow and hand (suffering more wounds), to prevent it being withdrawn for another attack.

It’s not just the intensity of life-changing events that personal experience adds colour to, but also how the aftermath affects behaviour as the victim recovers from trauma. My fictional detective is spiralling into depression in Book 1, having lost his wife in a traffic accident. By Book 2, he’s a functioning zombie dosed to the gills on antidepressants and suffering panic attacks, as he tracks down a serial killer. These are both feelings I’ve experienced, so it was good to put them to use.

Not that readers would necessarily appreciate such verisimilitude. Also, I’d be unlikely to talk about my experiences in blogs or interviews. As science fiction author Stephen Leigh said:

‘That’s the essential goal of the writer: you slice out a piece of yourself and slap it down on the desk in front of you. You try to put it on paper, try to describe it in a way that the reader can see and feel and touch. You paste all your nerve endings into it and then give it out to strangers who don’t know you or understand you. And you will feel everything that happens to that story — if they like it, if they hate it. Because no matter how you try to distance yourself from it, to some degree you feel that if they hate it, they hate you. Which isn’t the truth, you understand. At least you understand that in your head…but not always in your heart.’

Before publishing a story and being criticised, we might mangle our hearts as we edit our carefully created writing. I’ve posted this poem before on Paul Pens but it’s worth reposting, especially for anyone lost in the ignominy of editing:

In the desert
I saw a creature, naked, bestial,
who, squatting upon the ground,
Held his heart in his hands,
And ate of it.
I said, “Is it good, friend?”
“It is bitter — bitter,” he answered;
“But I like it
Because it is bitter,
And because it is my heart.”

How personal are your stories?

Writing can be therapeutic. Has it helped you? 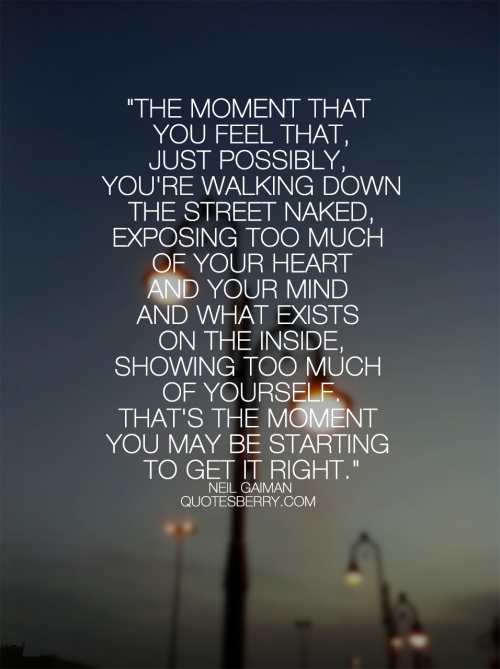 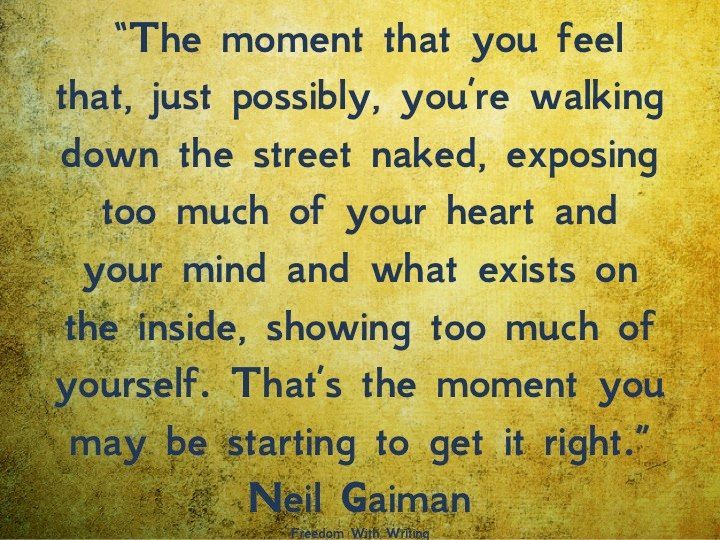