I’ve long stated that “I don’t know what I’m doing” when it comes to writing. I’ve said this, while still believing in my ability to pen stories that have the power to entertain and maybe make readers think differently about a situation.

The act of creating a story is joyful to me. Whatever its fate, that a new story exists is vastly better than having it rattling around inside my head! But, the joy is shrouded in doubt. It’s the nature of creation that I wonder how effective my hard work has been…and that requires the judgement of readers—who may never learn of my book unless I’m nifty at marketing and self-promotion.

I don’t know what I’m doing about how best to use social media and attract subscribers to my two blogs/websites Paul Pens and The Cornish Detective,

but I’m going to embrace that uncertainty. It feels like gathering fog into my arms.

I was pondering my confusion when a newsletter from Austin Kleon arrived.

Titled Teach your tongue to say I don’t know...Austin Kleon describes how doubt is crucial to make progress.

Teach your tongue to say I don’t know

“The secret to being good at anything is to approach it like a curious idiot, rather than a know-it-all genius.”

As one year dribbles down Time’s plughole and a new year bubbles forth, I’m as confused as I’ve ever been about writing and the convoluted world of publishing.

But, what does it matter?

The work’s the thing! 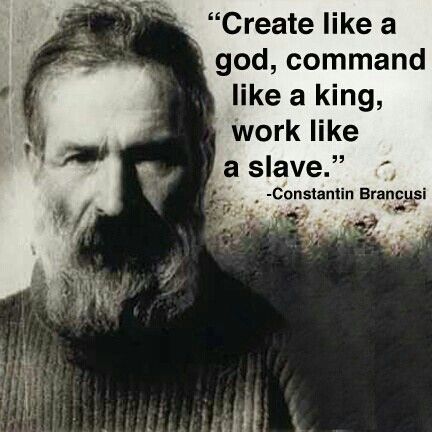 Brâncuşi is best known for his sculpture The Kiss: