It’s irritating to contemplate a book, especially one that’s become a best-seller, despite an unlikely plot and think “I don’t think I’d enjoy it,” then you try to read it and it’s just as bad as you thought! You kick yourself, promising to avoid that author.

Sometimes, though, a book title will keep nudging your consciousness, gently enticing you to read. I have a tendency to avoid reading bestsellers immediately, leaving a couple of years until the fuss has died down. I keep a record of books to request from the local library, but one of them was sitting on the shelf waiting for me last week.

Eleanor Oliphant is Completely Fine by Gail Honeyman was a breakout debut in 2017, winning the Costa First Novel Award. Reese Witherspoon is adapting it into a film.

I loved it! It’s one the most skillful character portrayals I’ve read, for Honeyman slowly releases information about Eleanor’s history helping the reader understand why she is so strange. I admit, I guessed a plot twist, but that’s one of the drawbacks of being a writer. That the author resisted a traditional happy ending is all to the good, adding to the power of the story. It’s one of those tales where you bond with the character, wondering what they’re up to now.

Even this version of the book cover is fitting:

A couple of freinds mentioned The Book Thief by Markus Zusak. I’d put off reading it because I rarely read anything about Nazis following exposure to their atrocities when I was a child after reading details of the Nuremberg war trials. I was captivated by The Book Thief.

It’s good to be wrong sometimes.

Other books I enjoyed, without expecting to, include Brady Udall’s The Lonely Polygamist, which is moving in its twists and turns, tragic one moment, then comedic.

Another book I didn’t expect to like was Good Time Coming by C.S. Harris whose title is as misleading as the book cover design. Reading it partly as research for the second novella in my series about a traumatised American Civil War cavalry officer rebuilding his life in the post-war Reconstruction era, I was gripped by the dilemma faced by townspeople suddenly swept into the conflict by an invading army. Well-researched and surprisingly violent, I cared for the characters.

Which books have you enjoyed, that you didn’t think you would? 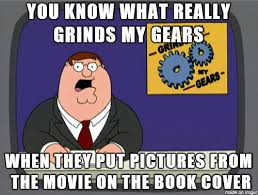