Crime writers, in particular, will be interested in a startling discovery about DNA, which has been shown to be highly mobile, migrating between objects in previously unimagined ways. Instead of DNA being undeniable evidence that a suspect committed a crime, it could just be that skin cells and bodily fluids were transferred by touching a door handle that hundreds of others later touch.

This could potentially affect us all. Say, for example, that you sneeze while walking along a street. You can’t see it, but some of your sputum attaches itself to a lamppost, which a passerby brushes against, picking up your DNA on her dress. She is murdered that night—your DNA is on her dress. So what, you say, “I’m not a criminal, no one has my DNA on file from a previous conviction.” But unbeknownst to you, your cousin submitted a sample of their DNA to an ancestry tracing service which shares their data with law authorities, and there are enough similarities for you to be arrested! Have you got a provable alibi?

It’s not as if the police are operating with a clean slate. A British forensic researcher found DNA on three-quarters of crime scene tools he tested, including cameras, measuring tapes and gloves, making evidence discovered at a crime scene highly unreliable.

I predict that there will be hundreds of appeals against convictions based on DNA evidence, as a result of this revelation.

Only the Lone Ranger had silver bullets. 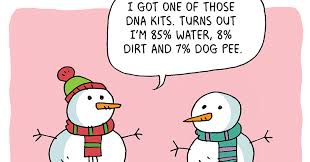