There was a story in yesterday’s Mail on Sunday, showing that it’s still possible to make great sales from ebooks. I’d love to know how the successful author Sheila Rodgers tackled the problem of getting her first novel known online. This is called ‘the process of discovery’, and basically means that if people don’t know about your book, they won’t be buying it.

Most people think that if you write a decent story it will sell, simply because it is good. But it’s not that easy, as I’ve been finding for the last 18 months. There are 342,000 titles on Smashwords alone, and they distribute these to a dozen other vendors of ebooks, including Apple. Amazon stock millions of ebooks, including well-known classics. The article makes it sound like she wrote it for fun, couldn’t be bothered with approaching traditional agents, so stuck it on Amazon and she was instantly successful – just like that!

Hope and Cynicism walk hand in hand when you’re a self-published writer.

One of the huge drawbacks with e-publishing is that because no physical object exists, be it a CD, film or book, buyers expect the digital version to be much cheaper. In other words, instant devaluation – and in more ways than just monetary. It leads to a certain stigma, with e-publishing seen as just playing at it, or vanity publishing – with paper books being the real thing.

I did a search for how bestselling author of ebooks Sheila Rodgers/Rachel Abbott marketed herself to success. In an interview, she talks about coming up with a marketing strategy, without revealing what that was. She also signed to a literary agent, though quite how isn’t said as the agency is one of the snootiest around. David Higham Associates are one of those who is still stuck in the nineteenth century and doesn’t accept submissions by email, so I didn’t approach them. The thought occurred to me that it’s possible to buy an agent’s services, (of course it is) and that this writer bought herself some influence. I’m anticipating that she invested money in expensive advertising – there aren’t many paupers on Alderney, where she lives.

This isn’t sour grapes, as I know that speculating in promotional expenses can accumulate earnings. One thing that I took from the interview with her was the design of her book covers. It’s a necessary evil that the look of ebook covers is deliberately heavy-handed and obvious, as they’re shrunk down to tile size on Kindles etc. 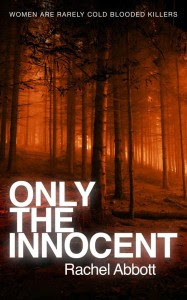 Hers use CAPITAL LETTERS, as well as a teaser subtitle. I’ve been meaning to add such a phrase to my covers, so did so at the weekend and will upload the new versions soon – Lord knows what difference it will make. See the current and updated covers of a novella called ‘Burpwallow Holler’. I think that the copied layout looks better.

The old version looks more artistic and might work well on a book in a shop, but the new cover with upper case lettering grabs the eye more when shrunk down to the size that Kindles display.

I’m fortunate to be quite creative artistically, so have tackled all of the book cover design myself. I use the free IrfanView photo editing software. This does all that I need and is quick and intuitive to use.